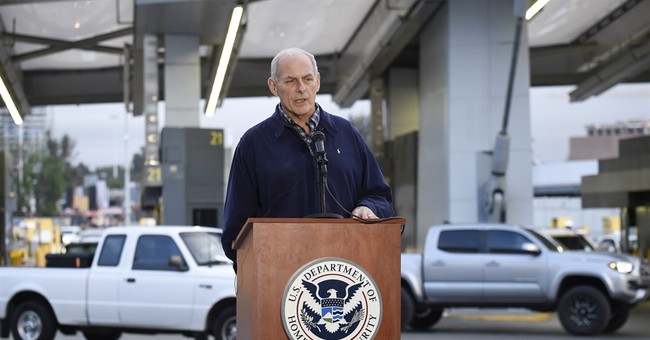 The White House is planning to step up the enforcement of immigration laws and tighten border security as part of a “big immigration launch” Tuesday morning, Fox News reports.

The implementation of Friday’s Department of Homeland Security proposal, which was signed by DHS Secretary John Kelly, includes the hiring of thousands of new officers, and speeding up deportations.

“The surge of immigration at the southern border has overwhelmed federal agencies and resources and has created a significant national security vulnerability to the United States,” Kelly wrote.

To manage the problem, he called for 10,000 more ICE officers and agents, as well as 5,000 new hires at Customs and Border Protection.

“Criminal aliens have demonstrated their disregard for the rule of law and pose a threat to persons residing in the United States,” Kelly writes in the memorandums. “As such criminal aliens are a priority for removal.”

The expanded relationship with local law enforcement would be carried out through what is known as 287(g) -- a section on the federal  Immigration and Nationality Act that allows DHS to deputize state and local law-enforcement officers so they can function as federal immigration agents.

President Trump is also expected to release a new immigration executive order that targets the same seven countries in the Middle East and North Africa as the initial order.

This time, however, travelers who have a visa to come to the U.S. and those who have green cards or are dual citizens are exempt from the order.

The official added that the new order will no longer direct U.S. authorities to single out and possibly reject Syrian refugees when processing new visa applications.

The new executive order is expected to be rolled out some time this week.