DHS Secretary's Goal Is to Finish Wall in Two Years 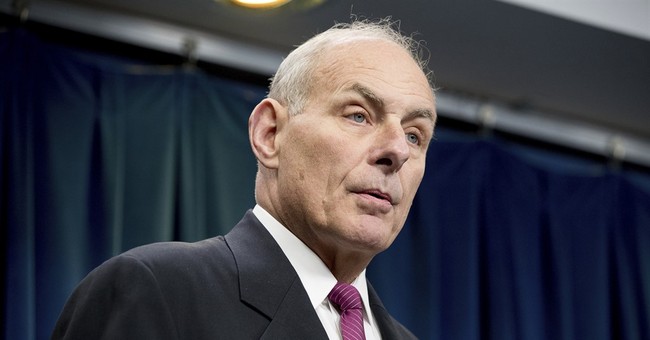 Homeland Security Secretary John Kelly has an ambitious timetable for completing the border wall between the U.S. and Mexico: two years.

"The wall will be built where it's needed first, and then it will be filled in. That's the way I look at it," Kelly told Fox News in an interview. "I really hope to have it done within the next two years."

Construction of the wall will begin in a matter of months, he said, but the department will first need to square away funding.

“We're looking at the money aspect,” he said, explaining that the White House is working with Congress on the timetable.

“I think the funding will come relatively quickly and like I said, we will build it where it's needed first as identified by the men and women who work the border," Kelly continued.

The secretary also discussed the importance of DHS personnel in securing the border.

"Any discussion about the protection of our southwest border involves discussion of physical barriers but also of technological sensors, things like that,” he said. “But it's a layered approach, and it’s got to be backed up by great men and women who are going to make sure that the wall is intact."

And regarding President Trump’s executive orders on immigration and refugees, Kelly defended the agency, telling Fox News that DHS could not verify reports of mistreatment and that protesters are making a bigger deal out of the issue than it is.

As to whether Kelly was blindsided by the order, learning of it on television the day it was signed, as The New York Times claimed, the former general said those reports are false.

"As soon as I was confirmed which was on Friday a couple of weeks ago, Inauguration Day, I knew that they were being developed.”

He added: “I saw the initial couple of cuts on them probably on Tuesday maybe Thursday, knew it was coming soon and then it came.”