Chuck Todd: Media Knew, But Downplayed, How Much Hillary Was Hated in Rural America

Donald Trump’s victory over Hillary Clinton came as a surprise to many people, but if the media had done its job, it probably wouldn’t have.

According to NBC’s Chuck Todd, the media knew what was happening in rural America all along—but instead of covering their feelings toward the Clintons, they chose to ignore it for fear of being seen as “sexist.”

“Where I think political correctness got in the way of what we all knew as reporters and didn’t fully deliver was how hated the Clintons were in the heartland,” he told former Bush White House press secretary Ari Fleischer in an interview for the “1947” podcast.

“And I think it was a fear of, ‘Oh, is it going to look like it’s sexist, anti-woman if we say that?’” he continued, noting how many “Hillary for Prison” signs he saw in the yards of rural America. 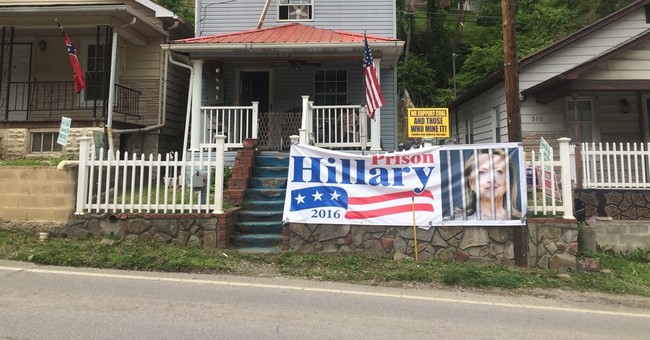 “I think we underplayed it a little bit out of political correctness fears,”he said. “No member of the press corps wants to look like they’re singling out a group and making a group feel bad, right, whatever that [group] is.

“If we sort of were straight-up honest and blunt about hey do we understand the level of hatred that’s out there and you know, all the Hillary for Prison signs that are out there, we certainly would have at least made the viewer know, hey, you know, she’s not well-liked in some places in this country in ways that’s times 10 when it comes to Trump,” he said.

Todd went on to say there was a “coastal” bias in story selection for the 2016 election cycle.

“What do I think we did wrong in this election? The biggest thing is we didn’t tell the stories of all Americans,” he admitted. “We told the stories of coastal Americans. And ultimately, that’s like the larger trust issue.”

“We were more likely to do a story about the Dreamer that might get deported with new policies than we were about the 19-year-old opioid addict who feels hopeless in Rolla, Missouri. And, I’m not, I don’t pick on Rolla, Missouri, it’s, my point is that we just, we did not equally tell those stories very well, right, and, we were not, that is an out-of-touch issue.”