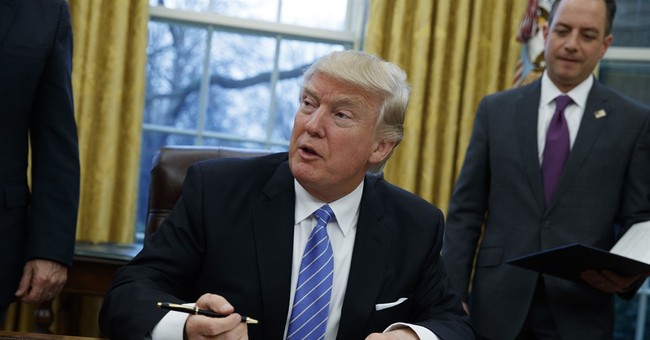 President Trump will stress the importance of U.S. jobs during a meeting with auto industry executives on Tuesday.

“Will be meeting at 9:00 with top automobile executives concerning jobs in America. I want new plants to be built here for cars sold here!” he tweeted Tuesday morning.

Will be meeting at 9:00 with top automobile executives concerning jobs in America. I want new plants to be built here for cars sold here!

Trump is scheduled to meet with the heads of Chrysler, Ford Motor Company, and General Motors, according to White House Press Secretary Sean Spicer.

The president has been critical of the auto industry for taking production out of the country. He specifically cited Ford on the campaign trail for its plan to move some of its production to Mexico. Earlier this month, however, the company announced it wouldn’t be building a manufacturing plant in Mexico, but would instead invest $700 million in Michigan and create 700 U.S. jobs.

“Walking out of the meeting today, I know I come out with a lot of confidence that the president is very, very serious in making sure the United States economy is going to be strong and have policies — tax, regulatory or trade — to drive that,” Mark Fields said while he left White House. “That encourages all of us, as CEOs, as we make decisions going forward."