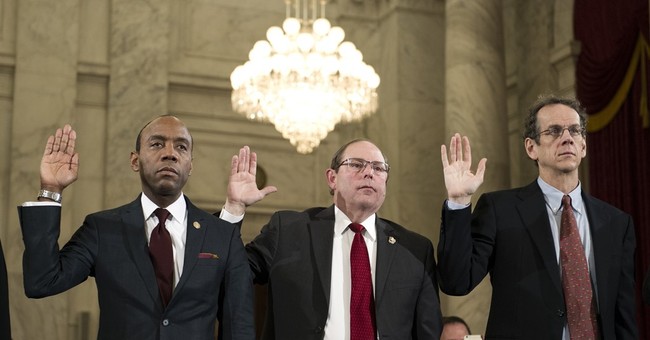 Chuck Canterbury, the national president of the Fraternal Order of Police, told the Senate Judiciary Committee Wednesday during testimony that Sen. Jeff Sessions has been a “true partner to law enforcement.”

Canterbury, who supported former Attorney General Eric Holder in 2009, said that in the many times he’s testified before Congress, he’s “never testified with more optimism and enthusiasm” than he did Wednesday in giving Sessions “the whole-hearted and full-throated support of the Fraternal Order of Police to be the next attorney general of the United States.”

The president of the police organization went on to note Sessions’ commitment to the police community, including on “law and order” and officer safety issues, among others.

In 2009, Canterbury said of Holder that “you will find him not only well qualified, but also possessed of the requisite character, knowledge and experience to be an effective leader."