Senate Gears Up for Flurry of Confirmation Hearings This Week 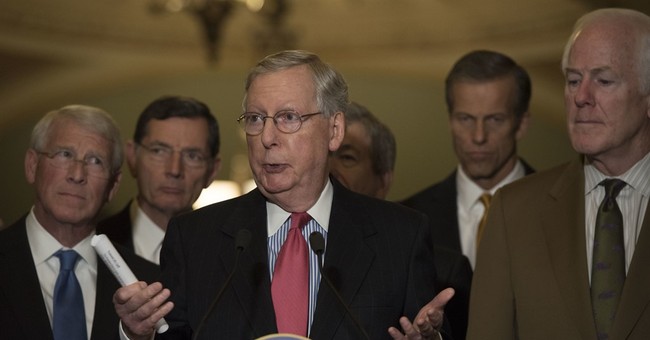 The Senate is gearing up for a number of confirmation hearings this week in an effort to have President-elect Trump’s administration ready to go on day one. But, given that at least nine hearings are scheduled for this week, Democrats and the Government Ethics Office are concerned about the speed of the process, arguing the timetable doesn’t allow for proper vetting.

Democrats argue the picks deserve extra scrutiny because of the massive wealth of several nominees. Trump’s cabinet in total is worth more than a third of American households.

Sen. Dick Durbin (D-Ill.), the Senate’s No. 2 Democrat, argued Trump is creating a “room full of billionaires” for his Cabinet.

Democrats are focusing their attacks on eight nominees, three of which come to Capitol Hill this week: Betsy DeVos, Trump’s nominee for education secretary; Sen. Jeff Sessions, who has been nominated to be attorney general, and Rex Tillerson, Trump’s choice to be secretary of State. [...]

“Our caucus...thinks it’s absolutely essential that the U.S. Senate has a chance to appropriately vet the nominees, and the American people deserve to hear their views and qualifications in public hearings,” Sen. Chuck Schumer said last week.

A confirmation hearing for Sen. Jeff Sessions, who’s been nominated for attorney general, is set for Tuesday, while five hearings are scheduled for Wednesday—the same day a vote-a-rama will happen over budget measures that advance efforts to repeal Obamacare.

“It shouldn’t be the case that 6 hearings…  occur all on the same day, and on the same day as a potential vote-a-rama – that is mostly unprecedented in the modern era of Cabinet considerations, happening only once in history,” Schumer said. “It is not the standard.”

Senate Majority Leader Mitch McConnell was quick to point out that Democrats confirmed seven of President Obama’s nominees on the first day of his administration in 2009.

“I think it would be great if the Democrats would understand that particularly with regard to the national security team, the secretary of defense, CIA, homeland security, it would make a lot of sense to have those folks in place on day one,” he said.