Report: Obama Admin Fires Scientist for Being Too Forthright With Congress 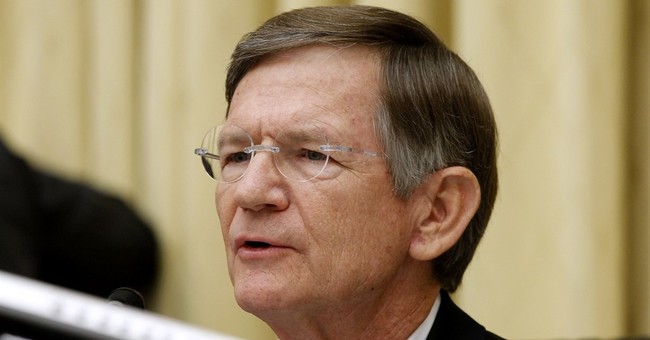 A top scientist at the Department of Energy was fired for not toeing the Obama administration’s line regarding climate science, a new congressional investigation found.

The report released by Rep. Lamar Smith (R-Texas), chairman of the House Committee on Science, Space, and Technology, alleges that DOE officials withheld information from Congress and fired a top scientist at the agency all to advance the Obama administration’s climate agenda.

In mid-2014, lawmakers introduced legislation, the Low Dose Radiation Act of 2014, to help regulate the program and minimize harmful side effects.

During an October 2014 briefing with senior DoE staff on the matter, lawmakers heard testimony from Dr. Noelle Metting, the radiation research program’s manager.

Less than a month later, lawmakers discovered that Obama administration officials had “removed Dr. Metting from federal service for allegedly providing too much information in response to questions posed by” Congress during the briefing, the report states.

Congressional investigators later determined that the administration’s “actions to remove Dr. Metting were, in part, retaliation against Dr. Metting because she refused to conform to the predetermined remarks and talking points designed by Management to undermine the advancement of” the 2014 radiation act.

Emails unearthed during the investigation “show a sequence of events leading to a premeditated scheme by senior DoE employees ‘to squash the prospects of Senate support'” for the radiation act, a move that lawmakers claim was meant to help advance President Obama’s own climate change goals.

One of the reasons DOE gave for removing Metting from federal service was “her failure to confine the discussion at the briefing to pre-approved talking points,” the report stated.

The report concluded that the agency put the president’s climate agenda ahead of its “constitutional obligations” to be truthful with Congress.

“Instead of providing the type of scientific information needed by Congress to legislate effectively, senior departmental officials sought to hide information, lobbied against legislation, and retaliated against a scientist for being forthcoming,” Smith said in a statement. “In this staff report based on lengthy record before the committee, much has been revealed about how senior level agency officials under the Obama administration retaliated against a scientist who did not follow the party line.”

He continued: “Moving forward, the department needs to overhaul its management practices to ensure that Congress is provided the information it requires to legislate and that federal employees and scientists who provide that information do so without fear of retribution.”