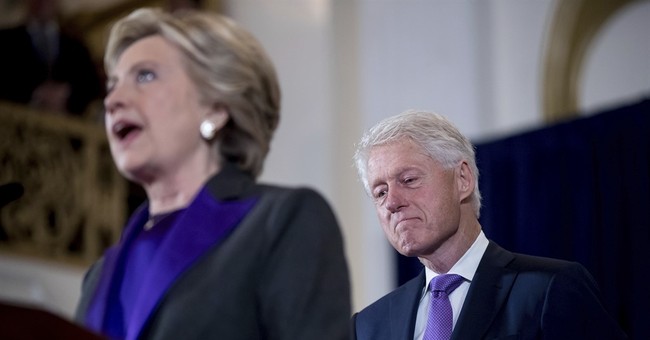 Bill Clinton still can’t accept that his wife lost the election to Donald Trump. But rather than acknowledging she ran a bad campaign, set up a private email server while secretary of state, and ignored places like Wisconsin and Michigan, Clinton placed the blame squarely on FBI Director James Comey.

"James Comey cost her the election," Clinton told the editor of the Bedford-Pound Ridge Record Review after running into him at a local bookstore in a Westchester town.

He also took a shot at President-elect Trump.

When asked if he thought the Republican was smart, Clinton said "He doesn't know much. One thing he does know is how to get angry, white men to vote for him."

Clinton had reportedly been the sole voice urging the Clinton campaign to focus on white, working class Americans, and was the only one to stump for his wife among these voters. According to reports, Clinton’s campaign ignored Bill’s advice, telling him they weren’t worth their time or effort.