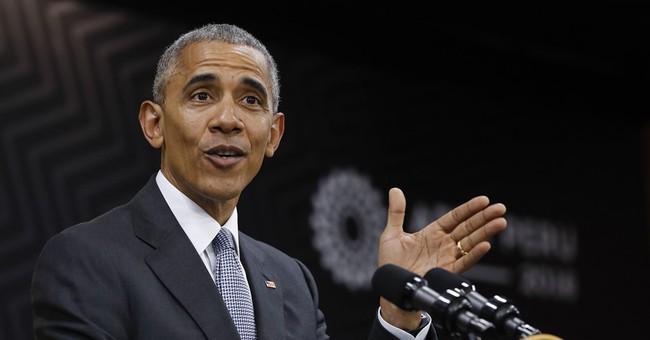 Former Secretary of State Hillary Clinton just lost an election in part over her email scandal, but while in Peru for an international summit, President Obama actually boasted about how his administration has been scandal-free over the last eight years.

@POTUS: "I'm extremely proud of the fact that over 8 years we have not had the kinds of scandals that have plagued other administrations." pic.twitter.com/Uv6ZVHl4H8

But the email scandal isn’t the only one to have plagued his administration during his tenure. Apparently the president has also forgotten about the IRS' targeting of conservative groups, the VA scandal, Fast and Furious, Benghazi, the ransom payment to Iran, exchanging 5 terrorists for an Army deserter, Solyndra, GSA gone wild, the NSA and Edward Snowden, incompetence and prostitution at the Secret Service, and the DOJ’s investigation of reporters, just to name a few.