Gov. Cuomo Says in Age of Trump, New York Is a 'Refuge' For Minorities 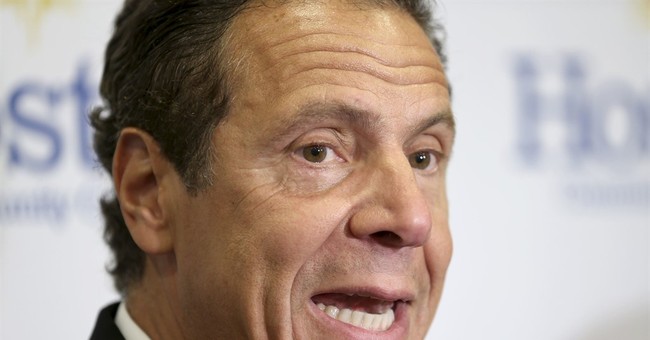 New York Gov. Andrew Cuomo wants everyone to know New York is a “refuge” for all people--except Republicans, apparently.

“As New Yorkers, we have fundamentally different philosophies than what Donald Trump laid out in his campaign,” Cuomo wrote on his Facebook page in an open letter to New Yorkers.

“So let me be absolutely clear: If anyone feels that they are under attack, I want them to know that the state of New York … is their refuge.”

He continued: “Whether you are gay or straight, Muslim or Christian, rich or poor, black or white or brown, we respect all people in the state of New York,” which he described as the “progressive capital of the nation.”

Ed Cox, the state’s GOP chairman, said Cuomo was trying to pursue “his own political ambitions.”

"Give it a break, Andrew," Cox told the Daily News. "This could not be more untimely and it is Andrew as a raw politician at a time when we should be reconciling and pulling together as one nation after a very contentious campaign."

A spokesman for Cuomo was quick to fire back.

"Only Ed Cox can call standing up for the rights of New Yorkers divisive,” said Richard Azzopardi. “He should really leave the country club every once in a while.”