A Vegas Gun Store Owner Is Running a Pre-Hillary Sale 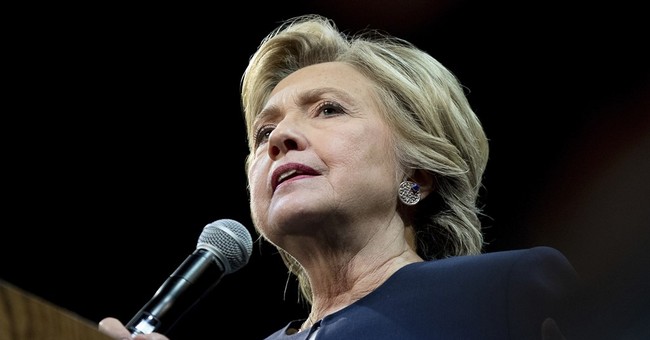 President Obama has been great for the gun industry throughout his tenure in office. Every time new calls for gun control come up, sales soar. A Hillary Clinton administration would likely have the similar effect, as the former secretary of state advocates for many of the same anti-gun measures.

Now, with the election just weeks away and polls showing Clinton ahead, one Nevada gun store owner is offering customers a “Pre-Hillary” sale, telling them they better stock up before “prices skyrocket after Crooked Hillary gets in.”

In an advertisement over the weekend in the Las Vegas Review-Journal, Westside Armory said it was holding a “Pre-Hillary Sale” on tactical rifles, warning of a price surge if the Democratic nominee wins the presidential election next month.

“Don’t wait!” the advertisement reads. “Prices will skyrocket after Crooked Hillary gets in.”

The words appear alongside a picture of a Smith & Wesson M&P Sport II, a semiautomatic tactical rifle that Westside Armory advertises for $700. The Smith & Wesson website says the rifle is used for hunting, recreational shooting and “home protection.”

Donald Trump has claimed Clinton “wants to get rid of all guns” and “essentially abolish the Second Amendment.”

Clinton has called for an assault weapons ban, expanded background checks, and wants to change legislation that allows people with mental illness to obtain guns.