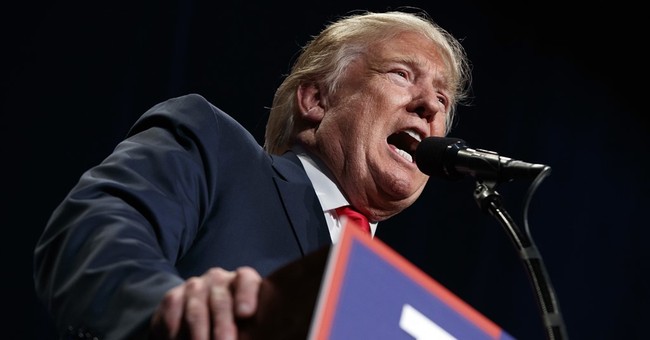 In a question posed to Donald Trump about whether he used his nearly $1 billion loss to avoid paying taxes, Trump acknowledged that he did.

“Of course I do, of course I do,” said Trump, adding that Hillary Clinton’s donors take “massive” tax writeoffs as well.

This was the first time he confirmed that he used the $916 million loss to write off federal income taxes since The New York Times published the story about the loss earlier this month.

“She complains that Donald Trump took advantage of the tax code, well why didn’t you change it?” he said. “The reason you didn’t is because your friends take the same advantages that I do.”

Clinton dismissed the attacks directed at her.

“Everything you’ve heard from Donald is not true. I’m sorry I have to keep saying this, but he lives in an alternate reality,” she said. “Donald always takes care of Donald and people like Donald.”

.@realDonaldTrump on his tax write-off: "Of course I do." pic.twitter.com/lWhd4Pam93

Why an ESPN Writer Was Troubled by American Flags at the Tokyo Olympics. Prepare to Roll Your Eyes.
Matt Vespa
We Have a New Term to Describe RINO Traitors Adam Kinzinger and Liz Cheney
Matt Vespa
Former GOP Senator Mike Enzi Has Died
Reagan McCarthy

Why an ESPN Writer Was Troubled by American Flags at the Tokyo Olympics. Prepare to Roll Your Eyes.
Townhall
Scott Gottlieb calls out the CDC over its garbage modeling of the Delta variant
Twitchy
RINO Stampede! Arizona Senator Michelle Ugenti-Rita et al
Redstate
The Morning Briefing: It's Time to Purge the 'Pelosi Republicans'
PJ Media