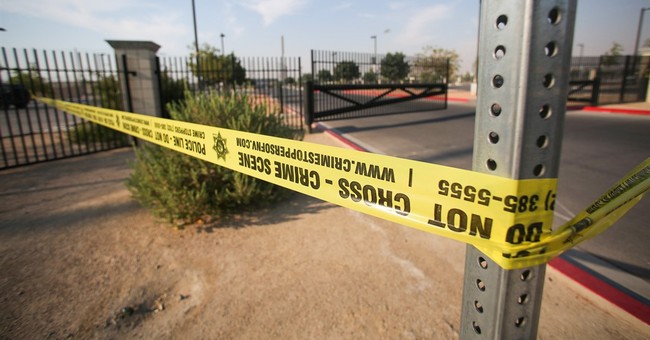 A San Diego police officer has died after being shot multiple times while making a traffic stop. Another officer was seriously injured but is expected to survive after undergoing surgery.

It is with a very sad heart that we announce the death of one of our Officers tonight. Pray for his family pic.twitter.com/3l9PXa1vuW

.@ChiefZimmerman just left the hospital where our second Officer has just come out of surgery. He is expected to survive!!

The officers — both assigned to the department's gang unit — had just pulled over a car when, almost immediately after, they called for emergency cover, Zimmerman said.

"Other officers were in the area. They arrived shortly on scene and found both of our officers suffering from gunshot wounds," she added.

While the officers have not yet been identified, the one who was killed was a husband and father of two, according to Zimmerman.

One suspect has been arrested in the shooting, but he too has yet to be identified.

Officers across the country have come under attack, with this shooting being the latest. Earlier this month police were ambushed in Dallas, Texas and Baton Rouge, Louisiana.