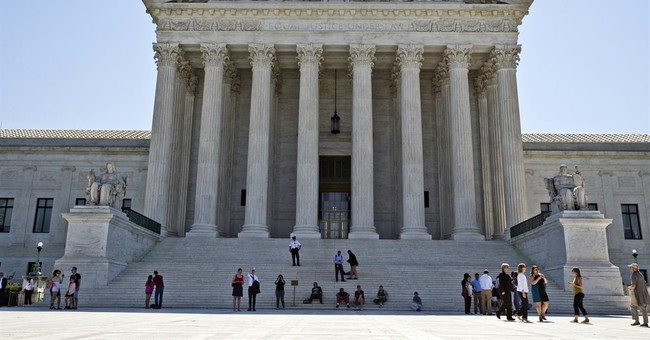 The Supreme Court on Monday is set to rule on a major abortion issue, the first time it’s done so since 2007.

The high court will wrap up its work for the summer by issuing a judgment on how far Texas can go to regulate abortion clinics in the state, and whether those provisions have the effect of limiting first-trimester abortions guaranteed by the landmark Roe v. Wade ruling. Texas reproductive clinics are asking the justices to keep their facilities open in the face of the state restriction.

At issue is a 2013 Texas law that requires abortion clinic doctors to have patient-admitting privileges within 30 miles. Additionally, the clinics must be held to the same standards as a surgery center would.

A 4-4 ruling would mean a victory of sorts for Texas and other states that have similar laws, but the issue likely wouldn’t be over since no legal precedent would be established. Thus, the court could take up the issue again and hear new arguments once a ninth justice is sworn in.

If upheld, all clinics performing the abortion procedure in the state must operate as certified "ambulatory surgical centers" regulated under the same standards as hospitals. Another challenged provision would force doctors performing abortions to first obtain admitting privileges at a nearby hospital.

Lawmakers in the state's Republican-majority legislature have said the regulations contained in the 2013 law -- known as H.B. 2 -- would improve patient care and safety.

Abortion rights groups counter that the law is designed to make it nearly impossible to operate an abortion clinic in Texas. Only nine or 10 such health centers would qualify to stay open, and large areas west and south of San Antonio would have no full-time abortion providers.

"There was a lot of talk at arguments about what impact this has on clinics," said Thomas Dupree, former top DOJ official in the George W. Bush administration, reports FoxNews.com. "So it could be the court is working behind the scenes to fashion some sort of compromise resolution where they basically punt, at least for the time being on the constitutional issue, and send the case back for more evidence gathering [by the lower courts]."

The court is also expected to hand down a decision on a public corruption case involving former Virginia Gov. Bob McDonnell and a ban on gun ownership by domestic violence offenders.