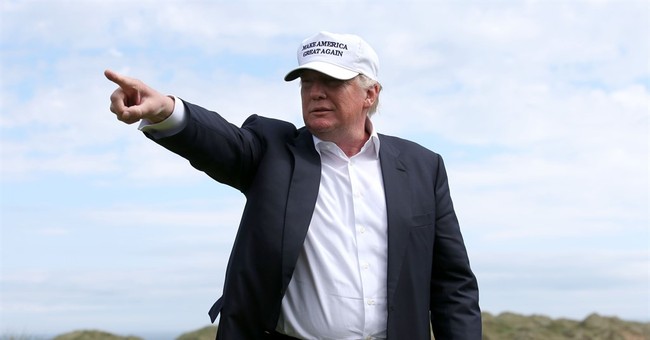 It’s been a month since Donald Trump became the presumptive Republican nominee but that hasn’t stopped some in the #NeverTrump crowd from continuing to explore all options to dump the real estate mogul.

The latest effort is out of Virginia, where delegate Carroll B. Correll has filed a lawsuit challenging a law in the commonwealth that commits him to supporting the presumptive nominee.

“Correll believes that Donald Trump is unfit to serve as President of the United States and that voting for Donald Trump would therefore violate Correll’s conscience,” the complaint states. “Accordingly, Correll will not vote for Donald Trump on the first ballot, or any other ballot, at the national convention.”

The Trump campaign has long dismissed such efforts to peel away delegates from his tally, especially now that he has more than enough to clinch the nomination. Those efforts seemed to die down last month but have since resurfaced as hundreds of delegates reportedly are exploring ways to buck the results of their state primaries and caucuses to vote for someone other than Trump. One option is to change party rules to include a “conscience clause” that would allow delegates to vote for whomever they want.

At issue in the Virginia delegate’s case is a state law that says delegates are bound to vote on the first ballot for the candidate receiving the most votes in the primary “unless that candidate releases those delegates and alternates from such vote.”

Correll claims the law violates his First Amendment rights. He's seeking an injunction to exempt him from criminal penalties under Virginia law or possible retaliatory litigation by Trump for backing another candidate on the first ballot.

Trump has called efforts to strip him of the GOP’s nomination “totally illegal” and a “rebuke” of the millions of voters who support him.