Trump on Brexit Vote: 'I Hope America Is Watching' 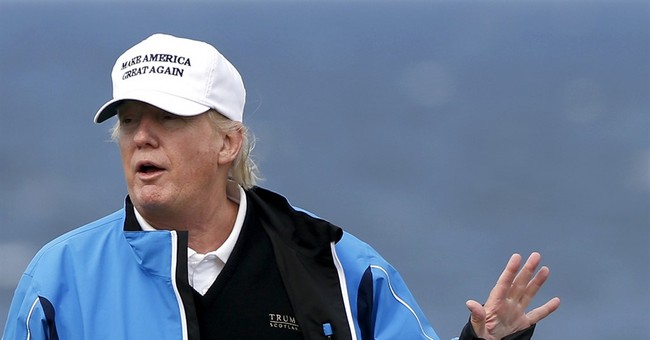 Speaking in Turnberry, Scotland, where he delivered remarks on the reopening of his refurbished golf course, Donald Trump said the Brexit vote was "purely historic."

While his speech focused on the golf course, the press was sure to pepper him with questions about the vote during the Q&A.

While Trump supported the Leave campaign ahead of the vote, he also made sure to stress that it was his opinion only and voters should not listen to him.

“Ultimately I think it will be a good thing,” he continued.

While he declined to weigh in on whether or not he supported the breakup of the EU, he did say it “looks like it’s on its way” and “we’ll see what happens.”

“The people of the United Kingdom have exercised the sacred right of all free peoples. They have declared their independence from the European Union and have voted to reassert control over their own politics, borders and economy,” he said in a statement ahead of the press conference.

“Come November, the American people will have the chance to re-declare their independence. Americans will have a chance to vote for trade, immigration and foreign policies that put our citizens first. They will have the chance to reject today’s rule by the global elite, and to embrace real change that delivers a government of, by and for the people. I hope America is watching, it will soon be time to believe in America again.”