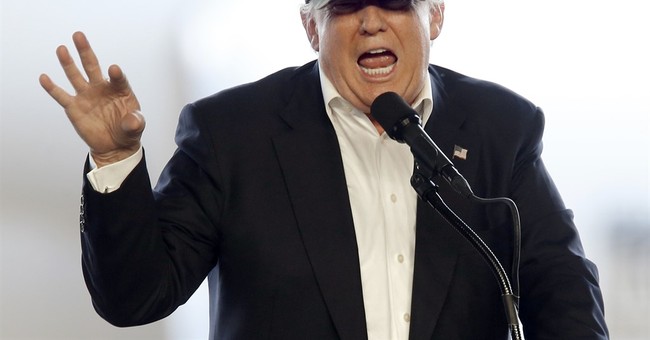 Presumptive Republican nominee Donald Trump said Monday morning in an interview with Fox News that while there are no uniforms involved, the deadliest mass shooting in U.S. history yet again proves that “it’s absolute war.”

“If we don’t get smart [as a country], it’s only going to get worse,” he said regarding radical Islamic terror.

Trump dismissed President Obama’s call for more gun control in the wake of the attack because the shooter was licensed and would have passed background checks anyway.

“This is a mentality,” Trump said regarding the shooter, Omar Mateen. “You have thousands of shooters like this with the same mentality … and we’re bringing thousands back into the country … people coming in from Syria who we have no idea who they are, as to their paper work, where they came from. This could be the all-time Trojan Horse.”

He took a shot at politicians, calling them “inept,” as well as at the country’s leadership, which he said doesn’t know what they’re doing.

“We’re allowing people to come into this country that are no different from this maniac,” he said.

When asked whether the U.S. should respond militarily overseas to this attack, given that the shooter pledged allegiance to the Islamic State, Trump said yes and went on to explain that “we have generals who feel we can win this thing so fast and so strong but we have to be furious for a short period of time.”

And when pressed whether we should hit Raqqa right now, Trump said “we’re going to have to start thinking about it.”