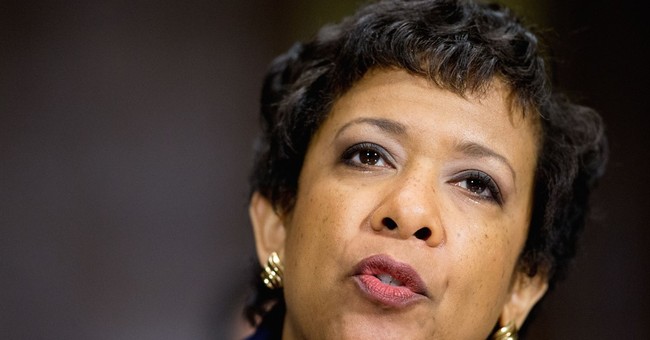 Virginia and Maryland may not be the only states to restore voting rights to convicted felons this election cycle. If the Obama administration has anything to do with it, “justice involved individuals” will have expanded economic, educational, and civic opportunities throughout the U.S.

In a USA Today op-ed, Attorney General Loretta Lynch discusses the need to better reintegrate prisoners into society in order to “reduce recidivism, improve the safety of our neighborhoods and provide economic benefits for our communities and our country.”

I sent a letter to all 50 governors inviting them to deepen their commitment to re-entry by allowing returning federal inmates to exchange their BOP identification cards and authenticated release papers for a state-issued ID.  And later this week, the administration will release more details about the steps we are taking to ensure that applicants with a criminal history have a fair shot to compete for a federal job.  Through these and many other initiatives – such as the Federal Interagency Reentry Council, which I am proud to chair – the Obama administration is working tirelessly to promote better outcomes and help motivated individuals who have served their time to find employment, secure stable housing, support their children and families, and contribute to their communities.

But this isn’t enough, she argued.

“Whether returning citizens can find good jobs, locate decent shelter, access adequate health care, and exercise their right to vote is a question with enormous implications – not only for them and their families, but for all of us,” she said, adding that not doing so would reduce our safety and prosperity.

“That’s why all of us, at every level, must work together to give returning individuals the resources and support they need to make a successful transition: not just because it’s sound policy, but because it’s the right thing to do,” she concluded.

As Cortney explained, Gov. Terry McAuliffe overturning a Civil War-era law that denied voting rights to felons all but ensures Virginia will go blue come November. The move was widely criticized by Republicans who felt it was done to help Clinton win the Old Dominion State.

How many more states follow suit, listening to Lynch’s justice-for-prisoners call, remains to be seen. But one thing is clear: the timing of such efforts is almost certainly meant to tip the scales in Democrats’ favor when it’s time to head to the voting booths, as most felons register Democratic.