Outrage: VA Governor About to Allow Thousands of Convicted Felons to Vote 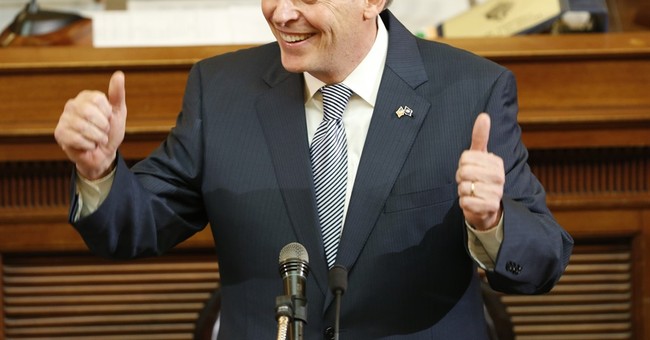 Gov. Terry McAuliffe has nearly ensured Virginia will go blue in the November general election. Arguing that we need to overcome a “horrible history” in denying voting rights to African-Americans, the liberal governor is about to overturn a law dating back to the Civil War that denies convicted felons the right to vote.

Gov. Terry McAuliffe of Virginia will use his executive power on Friday to restore voting rights to more than 200,000 convicted felons, circumventing his Republican-run legislature. The action will overturn a Civil War-era provision in the state’s Constitution aimed, he said, at disenfranchising African-Americans.

The law will offer the right to vote to felons who are even convicted of murder and rape.

McAuliffe can argue this decision is one that was made to reverse voter disenfranchisement, but he will have to explain why he is enforcing this law so soon before a critical presidential election. Critics are quick to point out his longtime friendship with the Clintons - they were by his side when he was sworn in as governor in 2014.

Did McAuliffe just return the favor and secure an important swing state for Hillary in November?