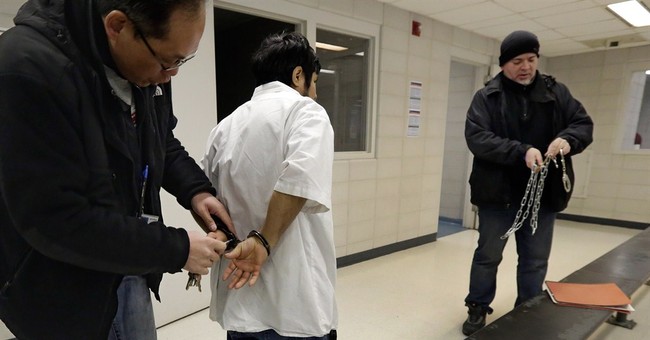 According to newly released data from U.S. Immigration and Customs Enforcement, 124 illegal immigrant criminals who were released from prison by the Obama administration have been charged with murder since 2010.

“The criminal aliens released by ICE in these years — who had already been convicted of thousands of crimes — are responsible for a significant crime spree in American communities, including 124 aliens charged with 135 new homicides. Inexplicably, ICE is choosing to release some criminal aliens multiple times,” Policy Director Jessica Vaughan writes in the Center for Immigration Studies’ report on the data.

Important to note is the fact that this data only includes the criminal aliens who were arrested and released by ICE. It does not include those who were released by local law enforcement agencies or the more than 300 sanctuary cities around the country.

Vaughan explains that 75 percent of the illegal immigrants were released by court order, including those whose home countries refused to take them back, while the rest were released by the agency’s choice.

Moreover, the thousands of criminal aliens committed other serious crimes as well.

In 2014, ICE released a total of 30,558 criminal aliens from its custody. These aliens had already been convicted of 92,347 crimesbeforethey were released by ICE.

These 2,560 new crimes by aliens ICE released instead of deported in 2014 include: 298 dangerous drug offenses, 185 assaults, 40 weapons offenses, 28 sex offenses, 10 sex assaults, four kidnappings, two arsons, and one homicide. There were 1,044 traffic offenses included in the list.

These staggering figures prove yet again that illegal immigration is not a victimless crime.