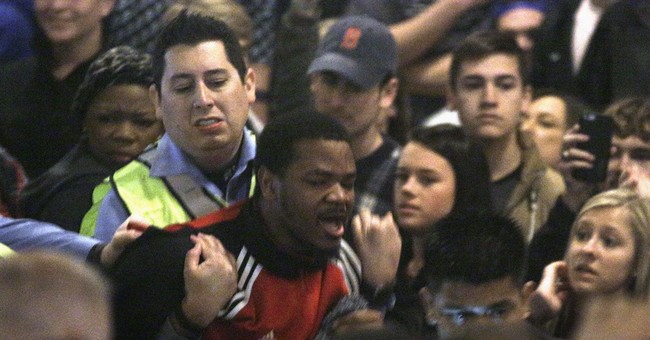 UPDATE: Trump phoned in to "On the Record" with Greta Van Susteren on Fox News Friday evening to explain his decision for canceling the rally. Trump said that after meeting with various law enforcement agencies he made the decision not to do the rally, but to postpone it.

"I just don’t want to see people get hurt, any people, on either side. You know we have such a divided country now. I’ve been witnessing it in so many different forms, it’s just something that has to be straightened out. … There’s a lot of anger out there … because we’re losing our jobs, we’re losing our manufacturing, we’re losing so much. …"

He also said he believed "this is a demonstration against economic conditions."

UPDATE: The Trump campaign has issued a statement regarding Friday night's scheduled rally in Chicago: