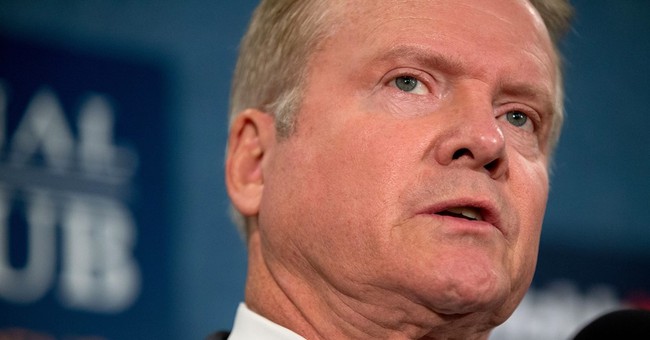 Former Sen. Jim Webb (D-VA), would not say who he’d be throwing his support behind in the presidential election on Friday, but he did not shy away from saying who he wouldn’t be giving it to.

While the former Democratic presidential candidate told MSNBC’s “Morning Joe” that he’s “not supporting anybody right now” he added that he “would not vote for Hillary Clinton,” noting that “it’s nothing personal.”

When asked if he’d support Donald Trump he said he wasn’t sure, but didn’t rule it out.

"A certain group of people are seeing him as the only one who has the courage to step forward and say, 'We've got to clear out the stables of the American governmental system right now,' " Webb said.

Webb was a Republican who served in the Reagan administration before switching parties and becoming a one-term Democratic senator.

He dropped out of the race in October, telling reporters at the National Press Club that “I fully accept that my views on many issues are not compatible with the power structure and the nominating base of the Democratic Party,” adding that he would “think about” whether he’d still be calling himself a Democrat.