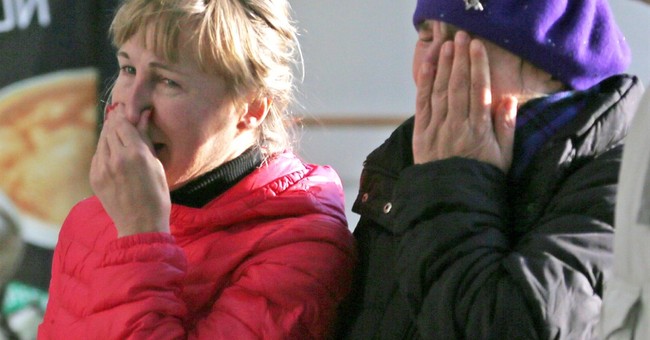 While it was initially reported that the Russian passenger plane that crashed in the Sinai Peninsula did not show evidence it was linked to terrorist activity, ISIS is now claiming responsibility for bringing down the jet, which killed all 224 people on board, in response to Vladimir Putin’s involvement in Syria.

“The soldiers of the caliphate succeeded in bringing down a Russian plane in Sinai,” a statement from the terror group read.

“This information cannot be considered accurate. We are in close contact with our Egyptian colleagues and aviation authorities in the country. At present, they have no information that would confirm such insinuations,” he said, reports the Daily Mail.

The cause of the crash was unknown at first, but suspected to be related to a technical failure.

Military experts dismissed claims that ISIS would have been able to 'shoot down' the jet from cruising altitude using a surface-to-air missile, however, an on-board bomb could be a possibility.

Ayman al-Mugadem of the Aviation Incidents Committee said the pilot warned air traffic controllers that aircraft had developed 'a technical problem' and he needed to land as soon as possible.

According to radar data, the aircraft was descending at more than 6,000 feet per minute shortly before the impact.

A statement from an ISIS-linked group being broadcast on jihadist propaganda channels said: 'A Russian plane was dropped with the destruction of more than 220 Russian Crusaders, thankfully.'

However, the aircraft vanished from radar screens at 30,000 feet, more than double the effective range of a shoulder-carried ground-to-air weapon system.The group known as A3'Maq News under the headline:

'fighters of the Islamic State down a Russian passenger plane in the sky over the Egyptian Sinai.'

It quoted a source as saying: 'This operation came in response to raids by Russian planes that have caused the deaths of hundreds of Muslims on Syrian territory, most of them women and children.'

The RIA Novosti news agency reported that pilots had made their concerns about one of the plane’s engines, which was not starting up, several times this week.

According to local reports, tribesman near the scene of the crash said the plane was “burning” as it fell from the sky.

Russia is sending its own team of experts to investigate the cause of the disaster and has declared a national day of mourning.