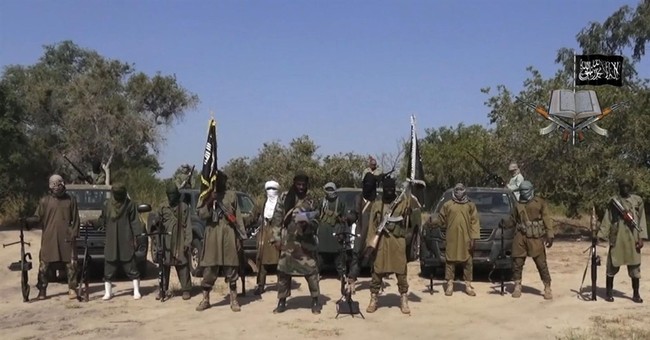 After a failed attempt to take the key Nigerian city of Maiduguri last week, Boko Haram was back on Sunday to try again.

The siege began around 3 a.m. from four different roads leading into the city. Though it took more than 12 hours and wasn’t easy, Nigerian forces were able to repel the attack.

Boko Haram failed attempts to seize the key Nigerian city of Maiduguri on Sunday, the militants' second attack there in a week.

Islamist extremists tried to enter Maiduguri, the capital of Borno state, during a predawn attack after the army fought them off last week.

Gunfire raged for hours outside the city, residents said.

"Fighting has been going on since 3 a.m. as Boko Haram battles soldiers and vigilantes," said Mahmud Kyari, who lives in Maiduguri. "Explosions and gunfire are all we hear."

The militants launched bomb and gun attacks from three points outside the city, but met stiff resistance from troops and vigilantes, residents said.

"Boko Haram gunmen have been routed and are on the run," said Sadiq Balarabe, another resident.

At a summit on Saturday, African leaders agreed to send a 7,500-strong multinational force to Northeastern Nigeria to fight the insurgency.

But in the meantime, violence continues and experts are warning that Boko Haram will likely go after the city again before the general election on Feb. 14.