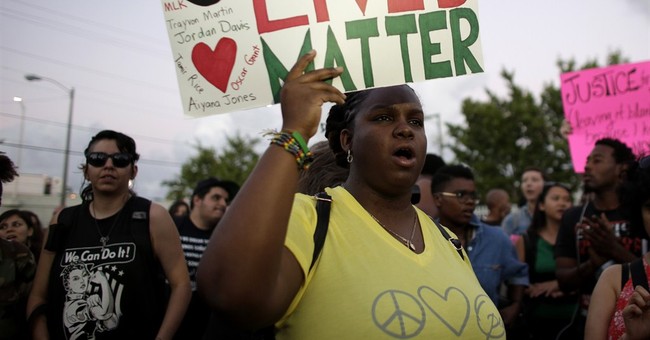 After the deaths of Trayvon Martin, Michael Brown and Eric Garner, protesters took to the streets across the nation declaring that ‘Black Lives Matter.’

It wasn’t a moment, they argued, but a movement.

“Black Lives Matter is an ideological and political intervention in a world where Black lives are systematically and intentionally targeted for demise,” BlackLivesMatter.com states. “It is an affirmation of Black folks’ contributions to this society, our humanity, and our resilience in the face of deadly oppression.”

They are right: Black lives are intentionally targeted for demise—though not necessarily in the way they are protesting.

For every black murder victim in 2011 there were 19 blacks killed by abortion, according to data from the FBI and the Centers for Disease Control (CDC). 2011 is the latest year for which the data is available.

The CDC’s Abortion Surveillance Report for 2011 shows that 117,293 black babies were aborted that year in the 32 states and the District of Columbia that report abortion numbers to the CDC.

In other words, for every black American killed by homicide in 2011, there were 19 (18.5) blacks killed by abortion--and that’s just in the jurisdictions that report their abortion data. (See Table 13 in CDC report.)

Black lives do matter—beginning in the womb. It’s well past time the movement shift its focus.