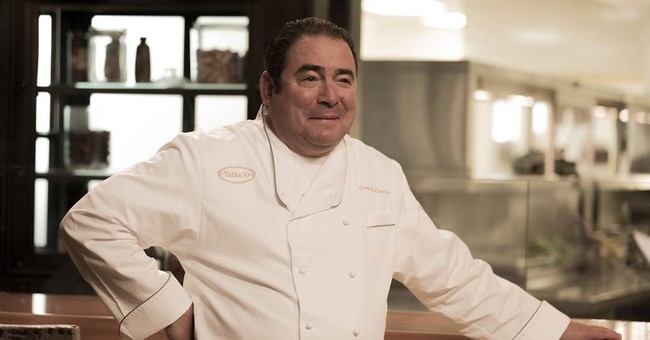 As a celebrity chef, cookbook author, and TV personality, Emeril Lagasse is one of the most well known chefs in the country, and with a net worth of about $50 million and a food empire that brings in an estimated $150 million, he’s one of the wealthiest, too. So it was surprising to hear him say at a recent event that he has “nowhere to go, really—other than broke.”

"It's becoming a very challenging industry to become a very successful average restaurateur," continued Lagasse. "I can't charge $300 a person in my restaurant or I would not be in business. Am I using any different ingredients? Not really. Am I using any caliber of service staff? I don't think so. I think our service is as good or better than most places."

Lagasse went on to lament that the areas in which he operates restaurants — including New Orleans, Las Vegas, and Bethlehem, Pennsylvania — have been hit particularly hard by the problems in the economy. "Somebody having a $12.99 meatball and pasta dish at my restaurant means a lot to them," he said. "That's like a special occasion."

At the event, which was promoting his upcoming reality series “On the Menu,” Lagasse explained that despite really listening to people and being very connected to America, he doesn’t have the solution. “All I can tell you is the balance of the economic cycle is out of whack,” he said.