Susan Rice Disregards Question About Whether Bergdahl Deserted Army: ‘That’s Not the Point’ 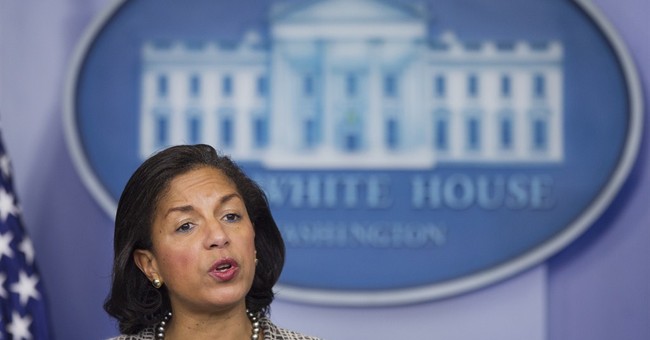 Initial reactions to news of Sgt. Bowe Bergdahl’s release this weekend in exchange for five Taliban commanders were mixed, as it came at a very high price to national security. But there are other wrinkles to the story as Guy noted in his post yesterday, including allegations that Bergdahl deserted his unit.

According to National Security Adviser Susan Rice, however, that’s not the point.

Top Obama administration officials on Sunday avoided question about whether Sgt. Bowe Bergdahl, who was released by the Taliban in exchange for five detainees on Saturday, deserted the Army.

"If it is found that he did, will he be disciplined or has he already paid the price?" he asked.

"Certainly, anybody who has been held in those conditions in captivity for five years has paid an extraordinary price, but that is really not the point," Rice said. "The point is he's back. He's going to be safely reunited with his family. He served the United States with honor and distinction."

Yes, Bergdahl’s health is the main concern for many right now but that doesn’t mean we can’t begin questioning the circumstances behind his disappearance and kidnapping, not to mention looking into the Taliban’s claims that he converted to Islam and taught them bomb-making techniques. Is he a Taliban sympathizer? Is his father? There are certainly many more questions than we have answers right now. Unfortunately under this administration, I’m not too confident we’ll get them all either.