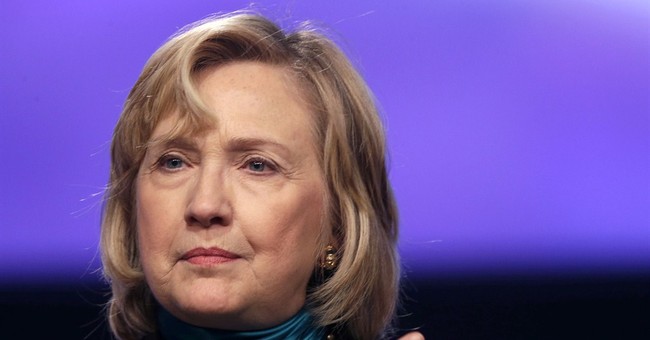 Former Secretary of State Hillary Clinton has been praised for her record on human rights, but some are criticizing her for not doing enough.

Sure, she helped negotiate U.S. asylum for Chinese activist Chen Guangcheng and even received the Lantos Foundation Human Rights award for “her tireless efforts to promote human rights for women around the world and her groundbreaking work on promoting human rights through Internet freedom.” But on other pressing human rights issues, activists say she was silent.

[A]ctivists at the Geneva Summit on Human Rights and Democracy, hosted last week by United Nations watchdog group UN Watch, gave a very different assessment of the former secretary of state, telling the Washington Free Beacon that she was silent and passive on some of the most pressing human rights issues during her tenure at the State Department.

Naghmeh Abedini, the wife of an American Christian pastor who has been imprisoned in Iran since the summer of 2012, said the State Department under Clinton all but ignored her husband’s case, and did not take an active role until Secretary of State John Kerry took over last year.

“For Hillary Clinton to have been completely silent, and not have done anything when my husband was taken, and knowing … it was strictly on a human rights issue, really bothered me because I expected otherwise from my government,” Abedini said. [...]

“It was just very cold,” Abedini said about her initial call to the State Department. “[One official] said ‘We’re not Hollywood—we can’t just fly in there and save people.’”

And then there’s North Korea and Syria.

While Ahn said he believed Clinton would get “a lot of people’s votes [if she runs for president in 2016] because she could be the very first female president of the United States,” he added that he disliked “Hillary Clinton’s passive actions when it comes to the DPRK.”

Clinton’s early efforts at outreach with North Korea were rebuffed by the authoritarian regime and the State Department made no progress on dismantling the DPRK’s nuclear weapons program under Clinton’s leadership.

Moayad Iskafe, a Syrian journalist and opposition activist who helped smuggle reporters into the country after civil war broke out in 2011, said he was initially optimistic about Clinton’s position on Syria.

“She said Bashar Assad [should] go,” Iskafe said. “But after that I did not hear [her] voice. After that, she said we can’t do anything for Syria … she said we will not take our army to Syria … we will do nothing.”