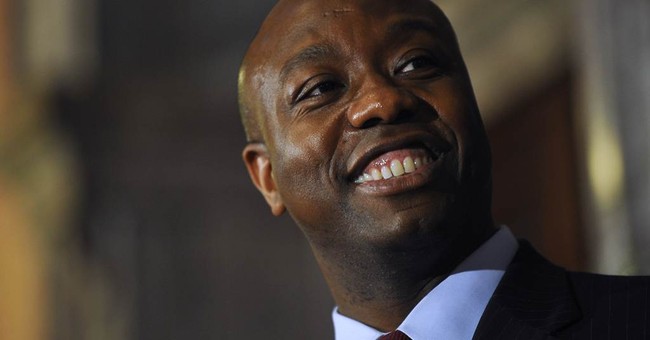 South Carolina Sen. Tim Scott was the target of “philosophical bigotry” over the weekend from none other than Rev. William Barber II, the head of the North Carolina chapter of the NAACP, who referred to Scott as a “ventriloquist dummy” for “the extreme right wing” in South Carolina. As a reminder, Scott is the Senate’s only black Republican, and unfortunately, this isn’t the first time he’s been the target of racial bigotry from NAACP leadership.

Scott responded on "The Kelly File" Tuesday and took the time to advance conservative principles rather than focus on the hateful comments.

In an emailed statement to The Daily Caller, however, Scott responded more directly to the insult:

“To reflect seriously on the comments a person--a pastor--that is filled with baseless and meaningless rhetoric, would be to do a disservice to the very people who have sacrificed so much and paved a way,” he said.

“Instead, I will honor the memory of Dr. King by being proactive in holding the door for others and serving my fellow man,” he continued. “And Rev. Barber will remind me and others of what not to do.”

Scott also told The DC that he's never even met Barber, suggesting that the NAACP chapter head knows nothing about him or his past.