Christmas—A Time of Fear for Christians in Iraq 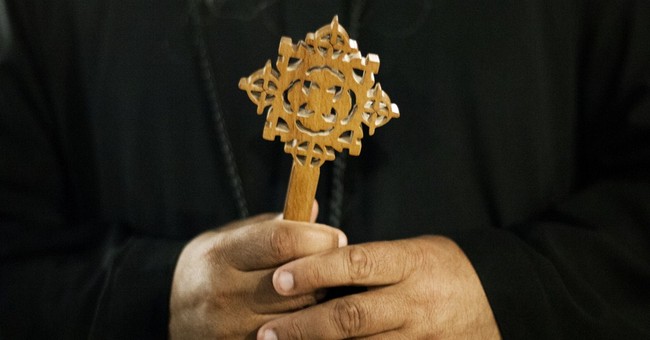 As Christians around the world prepare to openly celebrate Christmas this year, many believers in the Middle East will not be so lucky.

For the waning number of Christians in Iraq, Christmas is a time of increased hostility. Displaying a Christmas tree or even decorating one’s home can bring about threats and violence, human rights groups say, according to Fox News. And Christian churches become an even bigger target on holy days, forcing worshippers to celebrate Christ’s birth in private, if at all.

"There's a culture of fear that has developed there that makes it hard for people to want to go to church to express their faith, especially at the holiday season," said David Curry, president and CEO of Open Doors USA, FoxNews.com reports. "These extremist groups desire religious cleansing and they're increasing in number particularly in northern Iraq."

Iraq, which was once home to more than 1 million Christians, has seen an exodus as persecution has risen, according to Open Doors, a human rights group which monitors treatment of Christians in the Middle East. There are now an estimated 330,000 Christians in Iraq, and the nation ranks No. 4 on Open Doors' 2013 list of nations considered the worst persecutors of Christians. North Korea, Saudi Arabia and Afghanistan rank as the top three.

"We're deeply concerned that Christianity is being squeezed out to extinction maybe in the next decade or so in the Middle East," Curry said. "Some of these countries, especially Iraq, have environments that are very hostile because of extremists in the region."

Curry said the consequences for practicing Christianity range from threats and harassment to homes attacked and businesses ransacked, to physical assaults on worshippers -- violence that continues to force Christians to flee the country. […]

Since 2003, more than 1,000 Christians have been killed in Iraq, and more have been kidnapped and tortured, [Archbishop of Baghdad Louis Raphael I Sako] said. Some 62 churches and monasteries have been vandalized or even destroyed, he said.

“It remains urgent to pray for the future of Christianity in this country,” one of the group’s field workers said, according to FoxNews.com. “If the present trend continues, there might be no Christian left in the whole of Iraq by 2020.”

Since 2003, roughly 850,000 Iraqi Christians have left the country, according to the UN Committee for Refugees.