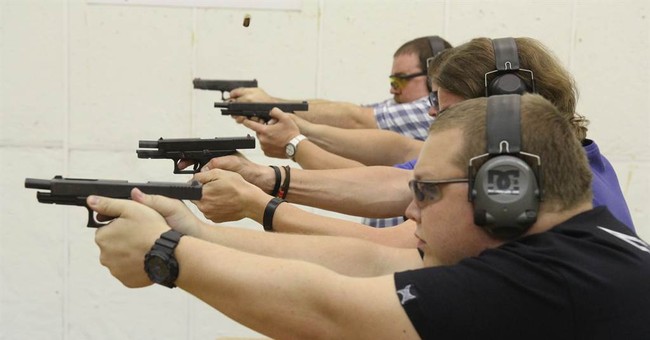 Last week Townhall reported that in the town of Clarksville, Ark., more than 20 school administrators and teachers would be heading back to classes this fall packing a 9mm handgun. After the Newtown massacre, the district decided that in case of an active shooter, hiding and hoping for the best was not exactly a great plan. Thus, they made use of a state law that allows licensed, armed security guards on campus—and with more than 50 hours of training, the teachers and staff on the ‘Emergency Response Team’ could be considered just that, or so they thought.

In an opinion issued Thursday, McDaniel said state codes don't authorize "either licensing a school district as a guard company or classifying it as a private business authorized to employ its own teachers as armed guards."

McDaniel said that if lawmakers would like teachers to be armed, they can work to change state law. In the meantime, however, school districts can hire licensed, private security firms if they would like some form of armed protection.