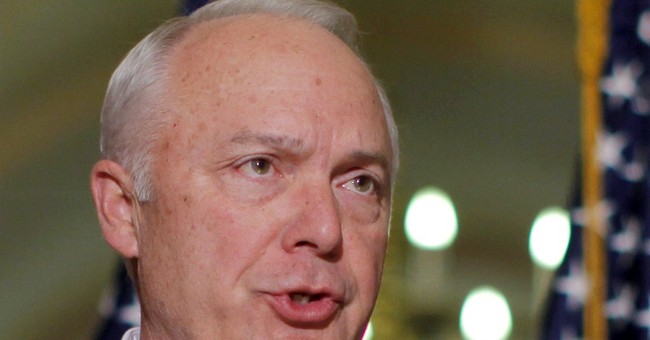 Interest rates for student-loan borrowers could double on July 1 if nothing is done, Rep. John Kline, chairman of the House Education and Workforce Committee, warned in the GOP’s weekly address. Rates for subsidized Stafford loans will jump from 3.4 percent to 6.8 percent if Congress doesn’t act—and so far, only the House has passed a bill that would remove the uncertainty for students and families.

“Our students deserve better. We’re in this predicament because politicians put themselves in charge of setting interest rates, guaranteeing exactly this type of down-to-the-wire uncertainty for students and their families,” Kline said. “What we need is a long-term solution that gets Washington out of the business of setting rates altogether.”

The Smarter Solutions for Students Act, which Republicans passed last month, is similar to the long-term plan put forth in President Obama’s budget that ties interest rates to the market, Kline argued. Via The Hill:

The House last month passed a bill that would peg student loan rates to the interest rate of 10-year Treasury notes plus 2.5 percent. The rate for Stafford loans would fluctuate from year to year but could not exceed 8.5 percent. The rate for Direct PLUS loans for graduate students and parents would be set at 4.5 percent above the Treasuries rate and capped at 10.5 percent. […]

Obama’s plan, contained in his budget, would set student lending rates to the 10-year Treasury rate plus 0.93 percent for subsidized loans but lock in those rates for the life of the loan. His proposal would cap interest at 10 percent of a borrower’s income. The rate for unsubsidized loans would be tied to the 10-year Treasury note rate plus 2.93 percent.

“But Senate Democrats have actively blocked the president’s plan and refuse to consider ours,” he said. “In fact, they have yet to pass a solution of any kind. If I didn’t know any better, I would say they are content to let rates double.”

Though the White House has denied claims the two plans are similar--and even threatened to veto the House GOP proposal--Kline called on the president to put  pressure on Senate Democrats.

“This 11th-hour scrambling is a perfect demonstration of why we need to take the politics out of student loans once and for all,” he said. “We should now seize the opportunity before us. I urge President Obama to get engaged so we can stop this rate hike and deliver the kind of long-term solution our students and their families deserve.”