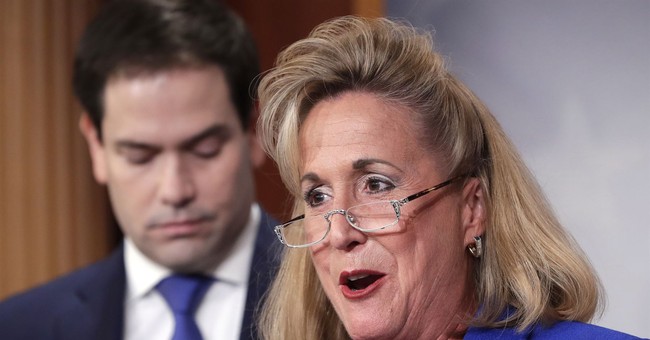 Pro-life Republicans in the House of Representatives made an effort to bypass their Democratic colleagues Tuesday by bringing a discharge petition to the floor in order to get a vote on Rep. Ann Wagner’s (R-MO) Born Alive Abortion Survivors Protection Act.

The measure is “designed to ensure any infant born alive after an abortion receives the same protection of law as any newborn: mandating care and instituting penalties for doctors who allow such infants to die or who intentionally kill a newborn,” according to a statement from the office of Rep Wagner.

House Democrats refused to take up the Born Alive Abortion Survivors Protection Act for consideration for the 25th time Tuesday prior to Republican leaders filing a discharge petition.

Today I asked the House to consider the #BornAliveAct. For the 25th time, the Speaker of the House denied this request. This shouldn’t be a controversial vote – babies born alive deserve full medical attention. #EndInfanticide pic.twitter.com/yEvnbrzNvT

House Minority Whip Steve Scalise (R-LA) led the effort to get the 218 votes needed for the petition, which would require 21 Democrats to join with Republicans in signing it. Republicans held a press conference Tuesday in support of their effort to get a vote on the measure. The conference included abortion survivors Gianna Jessen, Melissa Ohden, and Claire Culwell.

Ohden shared her story of being born alive after a failed saline abortion. Her adopted parents were told that she was set aside at the hospital gasping for breath until a nurse intervened.

Rep. Liz Cheney (R-WY) called it a “tragedy” that House Democrats would not allow a vote on the legislation and called for their support by playing off the party’s slogan.

Rep. Scalise called it “shocking” and “disgusting” that there was not currently better legal protection for infants born alive.

“My goal is that today we have more than 100 members of Congress sign the discharge petition on day one,” he added, “and we need to get to 218 so it’s going to take a national effort but the country’s watching.”

Rep. Wagner reminded those gathered that her bill was “about giving lifesaving care to children, to babies that are born alive.” She pointed out that only 26 states currently have legal protections for infants born alive.

I'm leading House Republicans to the floor to file a discharge petition to demand a vote to #EndInfanticide. #LetUsVote https://t.co/KYa3QA114z

The move to protect infants born alive after abortion comes after Virginia Gov. Ralph Northam (D) made some surprising remarks about leaving infants to die after birth.

Democrats often point to the Born-Alive Infants Protection Act, which became law in 2002 and ensured full legal rights for infants “born alive at any stage of development,” however, that measure does not specify a requirement of basic medical care for infants born after an abortion or any criminal penalties for doctors who do not comply with it.