Sen. Blunt Says After Reading the Green New Deal He Understands Why Dems Don't Want to Vote on It 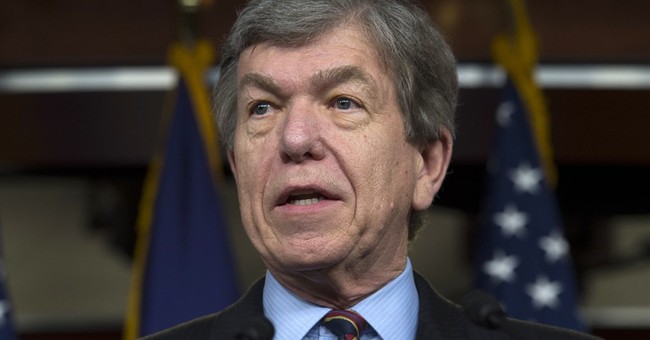 Senate Minority Leader Chuck Schumer (D-NY) called the Senate vote on moving the resolution forward a "sham vote," while McConnell argued that he would like to get Democrats on the record on the proposal that all the 2020 Democratic presidential hopefuls in the Senate have backed.

“In twenty years of watching the Congress pretty closely every day, I’ve never before seen a bill sponsored by a dozen members in the Senate who don’t want their bill to come to the floor,” Sen. Blunt told reporters Tuesday. “I’ve been in plenty of discussions when people said ‘please bring my bill to the floor, whether it can pass or not, I’d love to see it at least debated, give me a chance to defend it.’”

However, Blunt added that after reading the nonbinding resolution, “I now understand why they don’t want to vote on their bill.”

The current text of the resolution proposes “overhauling transportation systems in the United States to remove pollution and greenhouse gas emissions from the transportation sector as much as is technologically feasible,” and “upgrading all existing buildings in the United States and building new buildings to achieve maximum energy efficiency, water efficiency, safety, affordability, comfort, and durability.”

Additionally, the proposal comes with a hefty price tag. One study estimated the resolution would cost $93 trillion over ten years.

"Climate change is not a joke," Sen. Ed Markey (D-MA), a co-sponsor of the Green New Deal, commented Tuesday. "Mocking it and comparing it to cartoon characters while the Midwest is flooded and people have died because of climate-related extreme weather is shameful."

Markey was likely referencing some of the floor speeches given by Senate Republicans, including one by Sen. Mike Lee (R-UT) that mentioned cartoon characters.