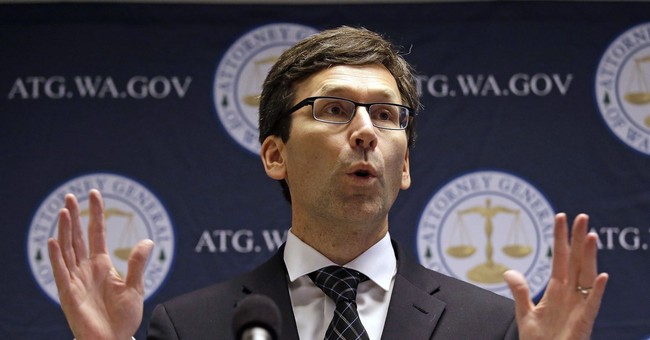 Washington State Attorney General Bob Ferguson announced Monday that he will file a lawsuit against the Trump administration’s new rule which bars federal Title X family planning funds from going to facilities that provide abortions or give abortion referrals.

The rule requires “clear financial and physical separation between Title X funded projects and programs or facilities where abortion is a method of family planning.”

HHS contends that “this separation will ensure adherence to statutory restrictions, and provide needed clarity for the public and for Title X clinics about permissible and impermissible activities for Title X projects.”

It specifically prohibits “referral for abortion as a method of family planning,” but does not bar “non-directive counseling on abortion.” It also eliminates a “requirement that Title X providers offer abortion counseling and referral.”

Even though it permits non-directive counseling on abortion, Ferguson argued that the rule still would keep patients from obtaining necessary information.

“Patients should be able to make well-informed decisions based on complete, unbiased information about their health care options,” Ferguson said in a statement. “Those decisions must stay between patients and their medical providers — not the federal government.”

According to his office, Ferguson will argue in the lawsuit that the rule “violates a provision of the Affordable Care Act that protects providers and patients from government interference in the health care relationship,” and “unlawfully ignores Congress’ clear direction that federally funded pregnancy counseling be non-directive.”

He also will argue that the rule violates doctors’ free speech rights and women’s constitutional freedoms under Roe v. Wade.

“Rural communities currently have a shortage of health care providers,” Ferguson told reporters. “This rule will make the shortage even more acute.”

“We stand united with Attorney General Ferguson and our state and legislative leaders against this blatant assault on women’s health,” Gov. Inslee said. “Washington has been, and will continue to be, a state that stands with women and their right to safe and legal abortion and reproductive care. We will never allow President Trump or anyone else in D.C. to take those rights away.”

Democratic attorneys general in other blue states, such as California, are expected to join Washington in suing the Trump administration over the rule.

Pro-life groups praised the rule Friday, arguing that it provided a much-needed separation between taxpayer dollars and abortion providers.

“We applaud HHS Secretary Azar and the Trump administration on this move that protects American taxpayers from paying for abortion through Title X,” March for Life president Jeanne Mancini commented. “At the same time, the new regulation protects low-income women who rely on Title X assistance because no funds will be cut from the program. In fact, those women in need will receive services at federally qualified health centers (FQHC) which outnumber abortion centers 20:1.”