'It's Friday': Freshman Dem Stopped For Trying to Bring Six-Pack of Beer on to House Floor 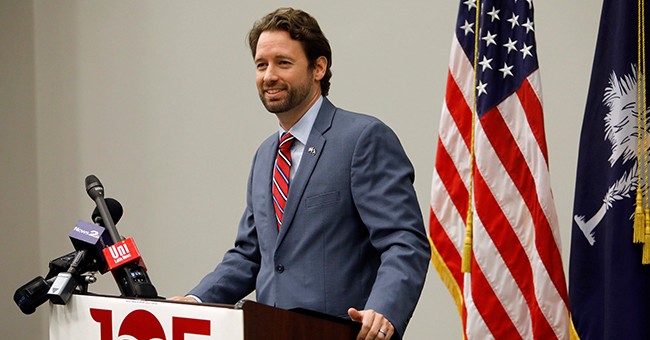 Rep. Joe Cunningham (D-SC) got some attention Friday when he tried to bring a six-pack of local beer on to the floor of the U.S. House of Representatives. He explained on Twitter that he’d been attempting to bring it to Rep. Peter DeFazio (D-OR).

Making friends when you’re a freshman is hard and I thought I’d grease the skids with some Lowcountry beer. Thankfully @RepPeterDeFazio got it in the end! Can I join the beer caucus now? https://t.co/RtW6InDfTK

Rep. DeFazio co-chairs the House Small Brewers Caucus which boasted 234 members from 43 states as of July 2018.

The 6-pack in question... pic.twitter.com/yJ9kHkSarT

Man of the year https://t.co/jxqh9swzeO

I’m sorry, I thought this was America? https://t.co/oBhie8m9hS

Has there ever been more of a mood https://t.co/IuO0MlFEHn