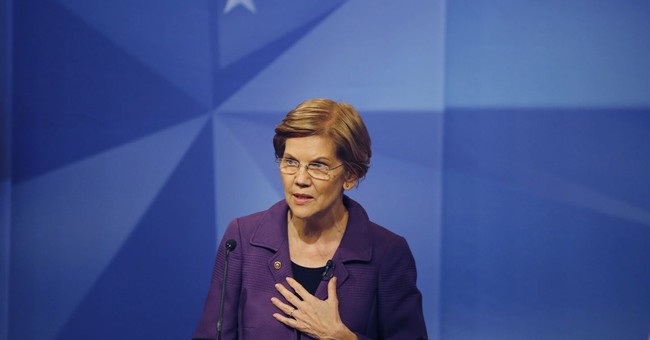 President Trump suggested a campaign slogan for Sen. Elizabeth Warren (D-MA) in a tweet Thursday following her announcement of a 2020 presidential run.

The suggestion mocks Sen. Warren’s now infamous decision to release DNA test results which found “strong evidence” that she is somewhere between 1/64 and 1/1,024 Native American.

Warren did clarify in December that she is “not a person of color.”

The slogan suggestion was originally made by the conservative news website The Daily Wire which is also selling t-shirts with that logo.

When Warren initially announced her plans to run for president in 2020, Trump commented to Fox News that he didn't know if she had a shot at the White House adding, "you’d have to ask her psychiatrist."

Due to her claims of Cherokee ancestry, Trump and others have called Warren "Pocahontas."

In November, Trump said that the only bad thing about Warren's DNA test results "is that I can’t really, legitimately call her Pocahontas anymore because the press will say I’m misrepresenting.”