Sen. Graham Calls for Senate Hearings on Decision to Withdraw Troops From Syria 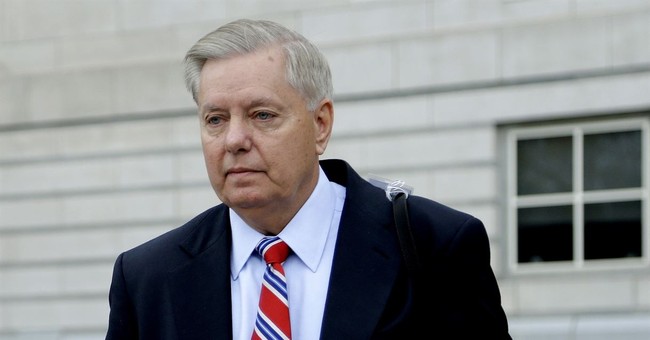 Sen. Lindsey Graham (R-SC) broke with President Trump on his decision Thursday to withdraw U.S. troops from Syria. Graham, a member of the Senate Armed Services Committee, told reporters Friday that he would like to hear from Defense Secretary James Mattis in a hearing on the matter.

Mattis also disagrees strongly with the decision to withdraw from Syria and resigned over the matter Thursday.

Reuters reported that on his way to a GOP meeting of senators, Graham planned “to ask for hearings like right now about Syria.”

The group “is a bigger threat this year than they were last year. It is clear to me that ISIS-K is plotting to hit America,” he claimed.

In a tweet thread Friday morning, Sen. Graham outlined several of his biggest questions and concerns regarding the decision to withdraw troops.

Especially we must NOW hear from the Pentagon about the likelihood of the rise of ISIS and the fate of our Kurdish allies in Syria.

As to the status of our Kurdish allies, the Administration has yet to tell the American people what happens to the Kurds - who fought so hard for us - when we leave.

Is there a plan to protect our allies post withdrawal?