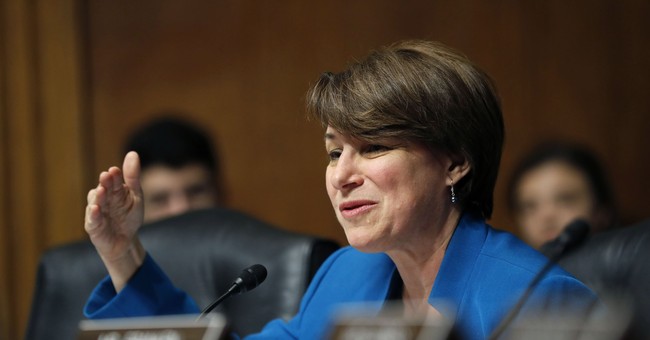 Sen. Amy Klobuchar (D-MN), who is considering a presidential bid in 2020, told MSNBC Friday that Democrats need to nominate someone who understands those “left behind” in the 2016 presidential election.

MSNBC’s Andrea Mitchell asked Klobuchar about who the “ideal candidate” to run against President Trump in 2020 might be and if she was that candidate.

“Well, I am considering this,” she replied. “I think that it is really important that whoever we put up has an understanding of those voices that weren't heard in 2016 from the Midwest and really from the middle of the country, and from the middle of our citizenry.”

Unlike Hillary Clinton’s campaign who skipped over portions of the Midwest, Klobuchar said she would travel “not just where it is comfortable.”

“There were too many people who got left behind, and when I look at this, I am someone that goes not just where it is comfortable, but where it is uncomfortable,” she said.

Klobuchar also weighed in on the crowded field of Democratic nominees for 2020.

“You should not exclude people based on anything except for being able to gather the support the win, and are they able to run a campaign with decency and dignity,” she argued.

Sen. Klobuchar is in the single digits in the extremely crowded field of potential nominees, according to recent polling.