Dem Rep. Cicilline Says Democrats Will Have '30 or 40 Great Candidates' Running for President in 2020 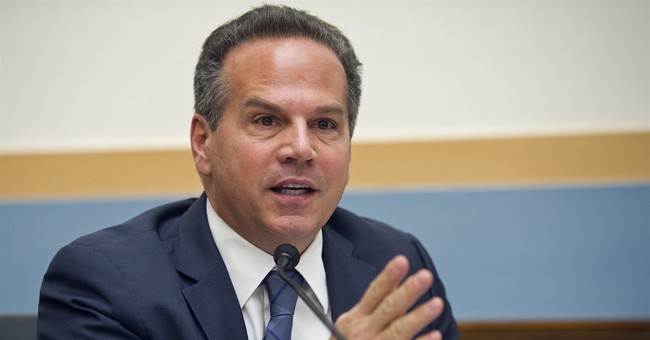 Rep. David Cicilline (D-RI) told MSNBC’s Hallie Jackson Tuesday that the Democrats are looking at a crowded field in the upcoming 2020 presidential election.

"We'll have 30 or 40, probably, great candidates running for president, because everyone recognizes how urgent this moment is in the history of our country," Cicilline said. "We need a great nominee, and I have every confidence we're going to have a terrific nominee and we're going to beat the Republican nominee in 2020."

"There's a lot of U.S. Senators who we're talking about, a lot of governors, a lot of people outside of politics," he replied. "I think we're going to have a big field of great candidates that are going to have an opportunity to test their mettle during the primaries."

Sen. Kamala Harris (D-CA) revealed that she would decide if she would make a presidential bid over the holidays.

Other potential 2020 candidates who have revealed that they are considering running include Sen. Bernie Sanders (I-VT) as well as Reps. Eric Swalwell (D-CA), Beto O’Rourke (D-TX), and Tulsi Gabbard (D-HI).

Sen. Cory Booker (D-NJ) says it would be “irresponsible” of him not to consider a 2020 run, while Sen. Kirsten Gillibrand (D-NY) views it as a “moral question.”

Former secretary of state John Kerry recently admitted he was thinking about a presidential bid.