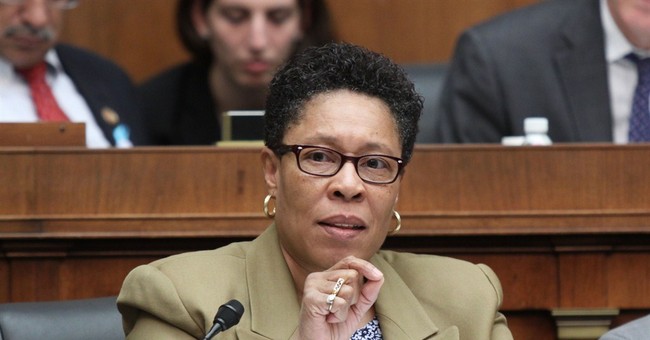 Rep. Marcia Fudge (D-OH), who was weighing a challenge to House Minority Leader Nancy Pelosi (D-CA) for speaker of the House, responded Tuesday to the arrest of former Judge Lance Mason who is now a suspect in his wife Aisha Fraser’s murder. Fudge once vouched for Mason in a 2015 letter.

Fudge wrote asking for leniency for Mason back when he was being sentenced after admitting to brutally beating his wife. The beating was so severe that Fraser required reconstructive surgery following the attack.

In 2014, Lance Mason beat his wife Aisha Fraser in front of their young girls. He punched her 20 times and smashed her head against their car’s dash, breaking her orbital bone. Now, it looks like he has killed her. We can now stop talking about @RepMarciaFudge for House Speaker. https://t.co/tMIHMY4bWA

“Lance Mason is a good man who made a very bad mistake,” she added. “I can only hope you can see in Lance what I and others see.”

Mason was arrested Saturday as a suspect in the murder of his ex-wife who was fatally stabbed. Mason’s sister called the police and told them her brother had stabbed his ex-wife.

The former judge also reportedly rammed a police cruiser with his SUV while fleeing the scene of the crime.

Fudge released a statement Tuesday attempting to explain her past support for Mason, who at one time was a rising star in the Democratic party.

“My heart breaks for Aisha Fraser. I pray for Aisha’s family, especially her children, as they attempt to deal with this tragedy,” Fudge said Tuesday. “My support of Lance in 2015 was based on the person I knew for almost 30 years — an accomplished lawyer, prosecutor, state legislator and judge. That’s the Lance Mason I supported. The person who committed these crimes is not the Lance Mason familiar to me. They were horrific crimes, and I condemn them.”

This case will undoubtedly affect Fudge’s potential bid for speaker of the House which she was weighing this past week. She claimed last week to have “overwhelming” support for that challenge although she had yet to make a decision.