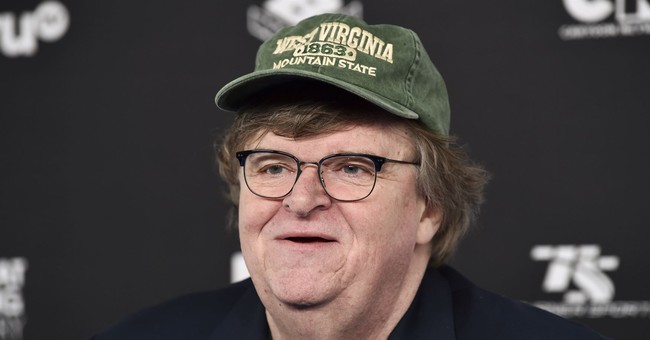 Filmmaker Michael Moore told Seth Meyers Thursday on “The Late Show” that he wasn’t going to make the same mistake as House Minority Leader Nancy Pelosi (D-CA) who said earlier in the week that Democrats “will win” the midterm elections.

Meyers pointed out that Moore had correctly predicted the outcome of the 2016 presidential election and asked him to weigh in on the upcoming midterms.

“Well, I’m not going to make the mistake that someone else made on a late night show a couple nights ago,” Moore replied referencing Pelosi. “A Democrat, who just automatically announced, ‘We’re gonna win.’ And it’s like, ‘My God.’ That’s what happened in 2016.”

“Everybody was throwing the party for Hillary before the election,” he said. “And I think some people stayed home. I think some people didn’t think- even The New York Times on Election Day in 2016 in that box where they predict said there was only a 15 percent chance today of Trump winning the presidency.”

“You gotta quit this kind of predicting nonsense and just do your job as a citizen. Everybody’s gotta get off the bench this time. We may not get another time,” Moore said.

He also encouraged people to “please remember that Donald Trump outsmarted us.”

“He outsmarted us in 2016 and won the White House by losing the election,” Moore said. “That takes a certain kind of evil genius to figure that out.”

On Tuesday, Pelosi said definitively she thought Democrats would win the midterm elections.

Colbert even cautioned Pelosi not to say that, asking, “Do you want to say that on Hillary’s fireworks barge that she canceled?”