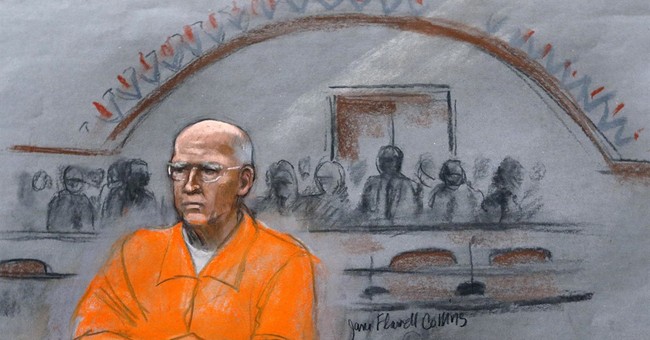 The statement also notes that the FBI has been informed of the death and has initiated an investigation.

The Boston Herald reported that Bulger had just been moved by the Federal Bureau of Prisons to the high-security penitentiary USP Hazelton in West Virginia. It’s unclear why he was moved. He was serving a life sentence.

The 89-year-old former organized crime boss was the leader of the Winter Hill Gang in Boston for decades. He was convicted in 2013 in the U.S. District Court in South Boston for 11 murders, racketeering, extortion, conspiracy, money-laundering and drug dealing.

Bulger was on the run for over 16 years after his 1995 indictment when he was warned by a corrupt former FBI agent. He was finally captured in 2011 at the age of 81 while he was living in Santa Monica, California.

The Boston Globe is reporting that "people briefed on the situation, speaking on the condition of anonymity, said a fellow inmate with Mafia ties was being investigated for the slaying of the 89-year-old Bulger at the US Penitentiary Hazelton."