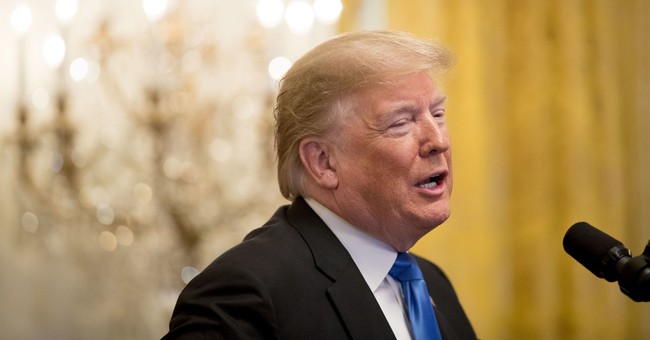 President Trump spoke Friday at the 2018 Young Black Leadership Summit on the arrest of a suspect, Cesar Sayoc Jr, who is reportedly behind the bomb scares that targeted prominent Democrats over the past week.

Trump told those gathered that he had just concluded a briefing with the Department of Justice following the apprehension of the suspect.

“I want to applaud the FBI, Secret Service, the Department of Justice, the U.S. Attorney’s Office for the Southern District of New York, the NYPD, and all law enforcement throughout the entire country, incredible partners these people have worked so hard and to have done it so quickly,” he emphasized.

“It’s like you’re looking, it’s a needle in a haystack how do you do this so quickly?” he added.

Trump also strongly condemned political violence, calling the mailing of these devices “terrorizing acts” that have “no place in our country.”

"We must never allow political violence to take root in America... and I'm committed to doing everything in my power as president to stop it," President Trump says. "Stop it now." https://t.co/sTkWT0d8u7 pic.twitter.com/aX8FrljQ5O

“We must never allow political violence to take root in America, cannot let it happen,” he said, “and I’m committed to doing everything in my power as president to stop it and to stop it now.”

He said that he’s instructed authorities to prosecute those responsible for the bomb scares “to the fullest extent of the law.”

“The bottom line is that Americans must unify and we must show the world that we are united together in peace and love and harmony as fellow American citizens,” he concluded. “There is no country like our country and every day we are showing the world just how truly great we are.”

The president spoke shortly after Cesar Sayoc Jr. was arrested in connection with the dozen suspicious packages that were sent to Trump critics, including the Clintons, Obamas, and former vice president Joe Biden.