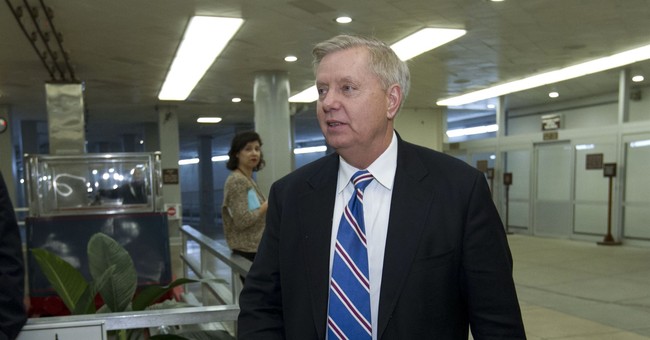 Sen. Lindsey Graham (R-SC) told Fox Tuesday that he plans to take a DNA test because he thinks he might have a higher percentage of Native American heritage than Sen. Elizabeth Warren (D-MA).

Warren recently touted her DNA results which found that she was between 1/64th and 1/1,024th Native American. She pointed to the results as proof of the Cherokee heritage that she’s been mocked for claiming throughout her career.

"I've been told that my grandmother was part Cherokee Indian. It may all be just talk, but you're gonna find out in a couple of weeks because I'm gonna take this test," Sen. Graham said.

“The results (are) going to be revealed here,” he promised on “Fox & Friends,” saying, “this is my Trump moment.”

ICYMI:
Spoke with @foxandfriends this morning about the latest on Saudi Arabia, the Elizabeth Warren DNA test, and more.

“She’s less than one tenth of one percent,” he said, “I think I can beat her.”

The Cherokee nation was offended by Warren’s claim to their heritage. They argued that “using a DNA test to lay claim to any connection to the Cherokee Nation or any tribal nation, even vaguely, is inappropriate and wrong.”

"It makes a mockery out of DNA tests and its legitimate uses while also dishonoring legitimate tribal governments and their citizens, whose ancestors are well documented and whose heritage is proven," they added.