Breaking: Flake Is Officially a 'Yes' on Kavanaugh 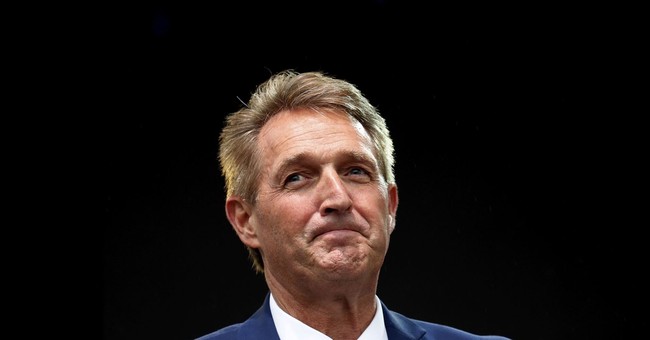 BREAKING: Following dramatic cmte. move that led to FBI review, Sen. Flake says he plans to vote in favor of Judge Kavanaugh's confirmation to the US Supreme Court.

Flake voted yes on the cloture vote earlier Friday morning to advance the process forward and had praised the FBI investigation into sexual misconduct allegations against Kavanaugh as "thorough" on Thursday.

During the Senate Judiciary Committee vote to move Judge Kavanaugh’s nomination to the full Senate last week, Sen. Flake frustrated some in the GOP by siding with his Democratic colleagues and insisting that they should not have a full vote on Kavanaugh until there was a week-long FBI investigation into the sexual misconduct allegations against Kavanaugh.

Sen. Flake confirmed to reporters Thursday that there was “no new corroborative information” in the FBI report on sexual allegations against Judge Kavanaugh.

The FBI investigated the allegations this week by Dr. Christine Blasey Ford that Judge Kavanaugh groped her and attempted to rape her when he was drunk at a high school party.

Judge Kavanaugh and Ford both gave emotional testimonies regarding her allegations. Kavanaugh fully denies them.

Kavanaugh's confirmation hinges on the votes of some other key moderate senators including Sen. Susan Collins (R-ME) who will announce how she is voting at 3:00 pm Friday. It is also unclear how Sen. Joe Manchin (D-WV) will vote, however, he did vote to move the process forward during the cloture vote Friday morning as did Collins.

The Senate is expected to vote on Kavanaugh's confirmation Saturday.