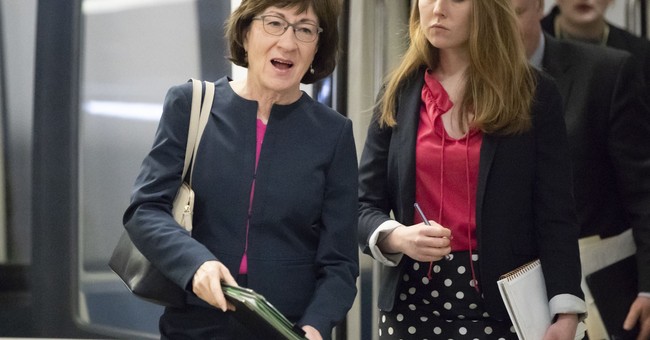 Sen. Dianne Feinstein (D-CA) initially referred Ford’s anonymous allegations against Kavanaugh to the FBI last week although she was aware of them back in July. Ford, a California college professor, finally revealed her identity to The Washington Post Sunday along with more details about the allegations that Kavanaugh locked her in a room, groped her, and put his hand over her mouth during a high school party.

“What is puzzling to me is the Democrats, by not bringing this out earlier, after having had this information for more than six weeks, have managed to cast a cloud of doubt on both the professor and the judge,” Sen. Collins commented.

“If they believed Professor Ford, why didn’t they surface this information earlier so that he could be questioned about it?” she wondered. “And if they didn’t believe her and chose to withhold the information, why did they decide at the 11th hour to release it? It is really not fair to either of them the way it is was handled.”

Sen. Collins told CNN Sunday that she discussed the allegations with Kavanaugh last Friday and he denied them. She said she would discuss the committee proceeding to vote on Kavanaugh’s nomination with her colleagues.

She said she didn’t “know enough to make a judgment at this point," on the veracity of the accusations.