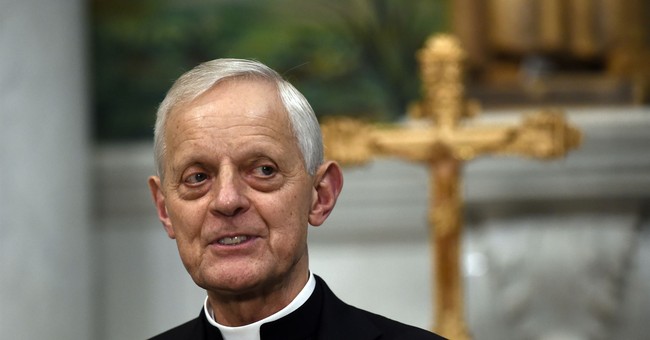 D.C. Cardinal Wuerl has recently faced intense criticism after a Pennsylvania Grand Jury report accused him of covering the abusive behavior of predatory priests during his time as bishop of Pittsburgh from 1988 to 2006. While his allies describe his failings as not following “the rules in place today” and tout his “generally good record on abuse,” an exclusive search by Townhall found that the remarks delivered by Wuerl at the funeral of predatory priest George Zirwas strike a very different tone. His tolerance and praise for Zirwas despite his in-depth knowledge of his behavior seems to go beyond honest errors in judgment.

In the June 2001 Pittsburgh Post-Gazette article, Wuerl made “no mention” of the circumstances that led to Zirwas’s suspension from the priestly ministry. “The one thing we know is that George Zirwas responded to God’s call” when he entered the priesthood, Wuerl argued. He also praised Zirwas’s “kindness.”

Perhaps most astonishingly, Wuerl said that the funeral liturgy “expresses great confidence that Father George will experience new life in Christ.” He then added that “those who knew him can pray with great confidence that ‘this priest who proclaimed the gospel…might now receive the fulfillment of that gospel, life everlasting.’”

Wuerl also said he had no hesitation in celebrating the man’s funeral since “a priest is a priest. Once he is ordained he is a priest forever.”

Five months after Wuerl was made archbishop of Pittsburgh, he first heard reports of Zirwas’s impropriety involving inappropriately touching children. He sent him off for psychological evaluation in 1988 and returned him to active ministry.

Zirwas was accused in late 1988 of sexual impropriety by four more victims. There was also public testimony in court that he was a member of a ring of predator priests who lured teenage boys with alcohol and sexually assaulted them and, according to the grand jury report, "used whips, violence, and sadism in raping their victims."

One victim described allegations that Zirwas and the other priests coerced boys to strip naked in rectories for photographs.

Wuerl kept Zirwas in the priesthood and continued to reassign him after psychological evaluation as allegations piled up. Eventually he placed Zirwas on a permanent leave of absence.

He was murdered in Havana, Cuba while he was living there off a church pension.

After insisting for weeks that he had a good record on abuse and admitting only to "errors in judgment," Wuerl recently wrote in a letter that he is meeting with the pope soon to discuss his resignation. Remarkably, New York Cardinal Timothy Dolan told CNN Thursday, "I kind of hope he doesn't resign. We need him. He's been a great source of reform in the past."