Elizabeth Smart Kidnapper to Be Released From Prison 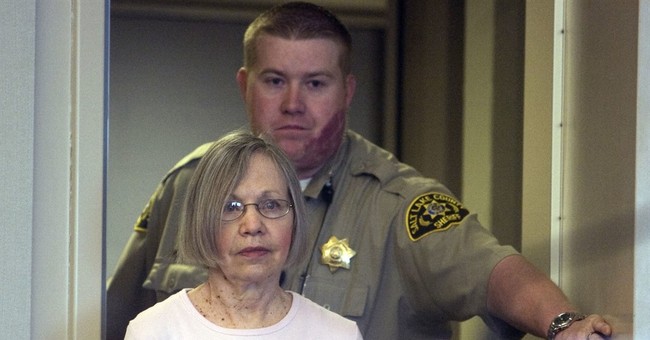 Wanda Barzee, the woman who helped kidnap Elizabeth Smart, will be released from prison next week after a surprising reversal from the Utah Board of Pardons.

Barzee, 72, will reportedly be released September 19th because the parole board did not give her credit for time served in federal prison.

“Upon further review and advice from legal counsel, the board must count time spent in federal custody toward Ms. Barzee’s state sentence,” wrote Greg Johnson, the director of administrative services.

After her arrest in 2003, Barzee admitted to helping her husband Brian Mitchell kidnap then-14-year-old Smart from her bedroom in Salt Lake City in the summer of 2002. They held her captive for nine months. Barzee also admitted to plotting to kidnap Smart’s cousin.

They board denied Barzee an earlier release date in July because they did not want to count the eight years she served in federal prison as time served on state charges. They had initially calculated that her sentence would continue through January 2024.

Elizabeth Smart’s father, Ed Smart, told the Salt Lake Tribune Tuesday that their family was still processing the news and had only heard about the possibility of an early release last week.

“We’re certainly surprised,” he commented, “because we were told she was getting out in 2022.”

The Tribune also notes that Barzee “has refused to meet with a psychiatrist at the Utah State Prison, a board member had said — a mandatory requirement for parole after Barzee pleaded ‘guilty but mentally ill’ to the attempted kidnapping charge.”

Barzee will be under federal supervision for five years.