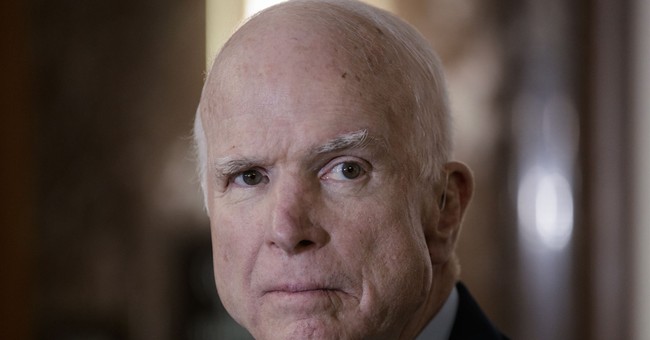 “Suspending U.S.-South Korea joint military exercises is a mistake,” he said. “Making unnecessary and unreciprocated concessions is not in our interests — and it is a bad negotiating tactic. Parroting Chinese and North Korean propaganda by saying joint exercises are ‘provocative’ undermines our security and alliances.”

“I continue to hope that President Trump will be successful in his diplomatic efforts to achieve the complete, verifiable, and irreversible denuclearization of the Korean Peninsula,” McCain added. “But we must not impose upon ourselves the burden of providing so-called ‘good faith’ concessions as the price for continued dialogue.”

McCain argued that while the United States does want to achieve peace through dialogue, North Korea needs to take concrete steps to change their behavior.

“It is North Korea—through its nuclear and missile programs, aggressive behavior, and egregious human rights violations—that poses the greatest threat to peace,” McCain said. “And until North Korea takes concrete steps to change that, no concessions should be made, and the sanctions must continue.”

President Trump and Kim Jong Un agreed to work toward denuclearization in North Korea at the conclusion of their summit earlier this week.

Trump announced Tuesday that joint military exercises with South Korea would end "unless and until we see the future negotiation is not going along like it should."

U.S. economic sanctions on North Korea will remain in place until denuclearization is complete.